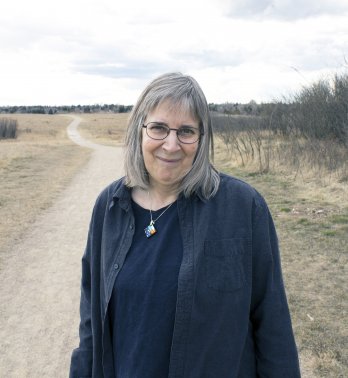 Paddy Tutty is best known as a singer of traditional songs.  Her repertoire encompasses ancient ballads, songs from a woman's perspective, magical and seasonal pageants, songs with a twist, and songs about the world around us. As well as singing traditional music from the British Isles and North America, she incorporates a few newer songs as well as tunes on guitar and concertina, but is best known for the driving rhythm of her fretted dulcimer and her renditions of traditional ballads.

Born and raised on the Canadian Prairies and based in Saskatoon, Paddy has performed for audiences across Canada. She has released six recordings on her label Prairie Druid Music.