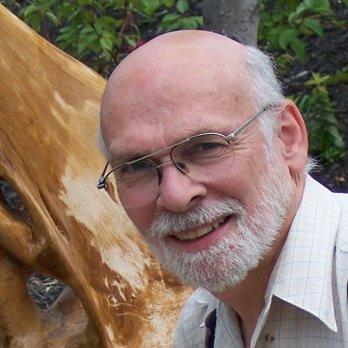 Bill Lalonde has specialized in the art of storyteller for close to fifteen years. He weaves tales from traditional and contemporary folktales as well as his own original stories and family lore.

In his role as a student support worker for the Catholic District School Board of Eastern Ontario Bill uses his stories as a catalyst for promoting emotional literacy. As a member of the 1000 Islands Yarnspinuers Bill has reached out to the community with his telling in libraries, schools, parks, and community centres.

For several years Bill has been an active teller and promotional assistant for the Festival of Storytelling in Brockville, Ontario. He has performed on North Country Public Radio and at hundreds of events including the Toronto Storytelling Festival, the Arthur Child Heritage Museum in Gananoque, the Smiths Falls Child Fair, Girl Guide Area Days, and Lyndhurst Turkey Festival.

Bill believes in keeping the art of oral storytelling alive because of the personal connection it builds between listener and teller. "The story is a common bond between the listener and the teller; they become one. Stories heal, amuse, teach and help us to grow." In his workshops Bill encourages others to pass on their family stories and histories through the oral tradition of storytelling. He is a promoter of passing traditional fairytales and folktales onto the next generation who have not heard or experienced these tales. "What is old is still new today."