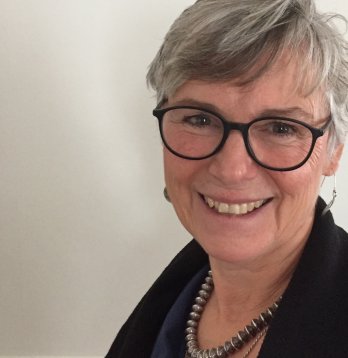 Susan Charters is a storyteller, musician, retired editor and teacher from Orillia, Ontario. Her commitment to the power of oral storytelling shows in her storytelling style, which is welcoming and compelling, building on a strong connection with the audience.

Convinced that stories heal and bring people together, and that stories gain meaning when they are told, she performs willingly in her local community at a variety of gatherings. Her repertoire includes traditional tales (many from the British Isles), Biblical stories, and wolf tales. For many years, she facilitated a storytelling festival at the public school where she taught.

She has performed in resort, group and school settings in central Ontario, in Toronto, at the Ottawa Storytelling Festival, the Orillia Arts for Peace Festival, Barrie's Carnegie Days, and the Mariposa Folk Festival, where she has also helped to organize a storytelling corner in the festival's Folk Play area. Other storytelling venues include the Simcoe Alternative Secondary School in Midland, the InformOntario conference in Rama, and Lakehead University and Georgian College in Orillia.

At one-time a teacher in the Parent-Child Mother Goose Program®, Susan leads storytelling workshops for adults and children, including workshops for: families and children at Orillia’s Mindful Moms, and at the Bellies to Bambinos Expo; counsellors at Camp Pinecrest, Muskoka, for the Greater Toronto YMCA; and for adults at the Stephen Leacock Home in Orillia, the Muskoka Woods Leadership Studio, the Mariposa Folk Festival Interactive Stage, Lakehead University in Orillia, and the Fredericton Public Library as part of the Storytellers of Canada-Conteurs du Canada 2019 conference.

Blending music and story is a special joy for Susan, whose performances often incorporate music, either through song or with the accompaniment of another storyteller/musician. One of her favourite collaborations has been an evening of Scottish stories with storytelling partner Sophy Cooper and piper Alan Cooper, called “A Dram to Warm the Hall.” Also with Sophy, she has produced a show of Irish stories, “The Shortening of the Road,” including traditional stories about the Goban Saur, accompanied by Susan Smith on Celtic harp, as well as stories from "A Thousand Nights and a Night", which included a belly dancer to set the scenes.

Blood and Fire: The Donnelly Project combines stories by Susan and songs by Orillia singer/songwriter paul court, that together examine the century-old debates surrounding the brutal murders of five members of the notorious Donnelly family of Lucan, Ontario, in 1880. Blood and Fire has been performed at several Orillia venues since late 2008, as well as in St. Mary’s, Waterloo and Toronto (The Legless Stocking storytelling series), and at the Mariposa Folk Festival (2011). A CD of the first concert is available (contact Susan), made with the support of musicians and friends.

I was also impressed with Susan Charters…. She told mainly traditional stories, like the one about the hat seller and the monkeys, and quite a few of the Jack stories (with the stock character Jack who is not too bright in very comical ways), and some stories from Brittany, Ireland and other places. She told them well and charmingly, and really held the audience's attention.
Donna MacLeod, Toronto Reference Librarian and Mariposa Folk Festival Stage Manager

Thank you so much for coming into the SASS classroom! It was an amazing experience to watch the youth, who usually have much to say, sitting quietly enraptured by your tales and energy. You are a wonderful teller, and I saw that most in the attentive reaction the students had to your stories. I felt that you captured our food theme in such a holistic way, igniting the fire in all of our "own selves."
erin chapelle, Food Access Co-ordinator at the Karma Project, on storytelling at the Simcoe Alternative Secondary School, Midland, ON