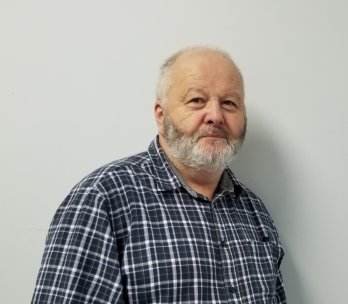 Derrick has been performing his own storiesDerrick Dymond Bio

Derrick was born in St. Johns Newfoundland and moved to his present hometown of Torbay as a teenager in the early 70’s. He remembers as a teenager hanging out at his future in laws as they would host parties full of traditional Irish and Newfoundland music and dancing and how this influenced his love of all things traditional. It wasn’t until his wife Patsy got tired watching him play air guitar and bought him his first real guitar at the age of 45 that he immersed himself in learning to play and sing, and this put the performing bug in him.

Derrick is chairperson and a founding member of the Torbay Folk Arts Council, as well as a member of the Torbay Folk Group, and the Killick Folk music group. After watching his good friend Gary Green tell his stories he decided to take part in a storytelling workshop and is hooked. He told his first story as part of the workshop and is now excited to be part of the storytellers circle. Because of the story he told as part of the workshop, an original he wrote himself, he was awarded the Emerging Storyteller Award for Newfoundland and Labrador. As part of the award he has also presented another original story at the Storytellers of Canada Conference in Fredericton, New Brunswick this past June. He is presently working on new original material as well as creating his own spin on some old folktales from his home town.