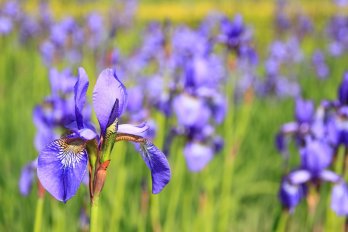 The Ones Who Inspired Us: Remembering Our Storytelling Elders

One of the strengths of SC-CC is our network of members knowing each other and working together despite long distances apart until we meet up again annually at national conference. SC-CC staff and directors count on its membership across Canada to keep us updated on local news about a member's death, in order for us to share that news nationally with other members. If an SC-CC member you know dies, please send this sad and important news to president@storytellers-conteurs.ca

A frequently told anecdote is attributed, among others, to the philosopher, William James. Here it is as recorded by Jane Yolen in her introduction to Favorite Folktales from around the World:

The ancient beldame came to the front of the hall, after the lecture, leaning on her mahogany walking stick.
"You are wrong, Mr. James," she said as she drew near. "The Earth does not revolve around the sun."
"Then, Madame," asked James politely, "what is your theory?"
"Our world is balanced on the back of a giant turtle," she argued.
"And what," asked James politely, "does that turtle stand upon?"
"Why he stands upon the back of second, larger turtle," the old woman replied.
"And," James continued relentlessly, "on what does that turtle stand?"
The old woman drew herself up and stared James in the eye.
"It’s no good, Mr. James," she said ringingly. "It’s turtles all the way down!"

To learn more about these tellers, visit the In Memoriam section in the members pages.