Online Library - Around the World

Music for the Tsar of the Seaby Celia Lottridge 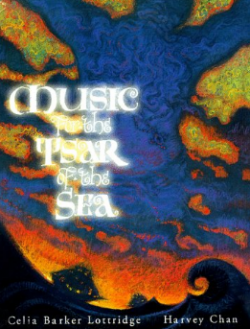 Music for the Tsar of the Sea

This is a magical story from Russia. At its heart lies an environmental fable. Sadko is poor in everything but music. He makes his living as an itinerant musician. One day, while playing by the shores of Lake Ilmen, the calm waters part to reveal a giant figure of a man. Sadko realizes that this is the Tsar of the Sea, ruler of all underwater realms. The Tsar is so impressed with Sadko s playing that he offers him a gift if he will promise to come & play for him in his palace under the sea. The Tsar’s gift, a coffer filled with gold & jewels, allows Sadko to become a rich merchant. He travels the world over & forgets his promise to the Tsar. But one day the promise comes back to haunt Sadko, & he is forced to go under the sea to play at the Tsar s palace. For ages 4 to 7.